1885 – Turnbull House was completed, at this time the home of Edward Ellis.

Sometime during this time span, the building was renovated into apartments

1949 – Building was purchased by First Pres.

1950 – John T. Turnbull gifted money to pay the remainder of the mortgage in memory of his two sisters, Lillian and Augusta who were both active members at First Pres. The building was then known as Turnbull House.

During this time span, the apartments were gradually renovated into classroom space for Sunday school.

2020 – The Sensory Room was added in Turnbull House. This is a “no-demands” area where children with ASD can just relax while their parent(s) attend worship service.

Turnbull House now houses our Nurseries, Sensory Room, and Children’s & Youth Ministries. Entry to the building is monitored and restricted for security. 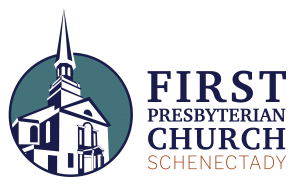